We just released update to version 4.059 Beta. Full changelog is presented below.

- Notifications received from Dimmer 2 (regarding issues like over-current, load error etc) are now displayed in log window (located on the top of main page)

This update includes new migration process from version 3.600, featuring configuration for every device, adjusting it for changes which took place in the system. This will assure possibly smooth transition and continuous operation, allowing each device to work with old settings until reconfiguration is done. Please refer to message that appears in interface and Notification Center after finishing upgrade for further instructions.

Important!
Updating from version 3.600 may take longer than usual, up to 30 minutes, please do not restart controller during update process.

Other improvements:
- Due to multiple requests we introduced mechanism of limiting number of single scene instances running simultaneously. Maximum number is 10 instances active at the same time. It is available in all types of scenes. In case of exceeding given number the additional scene will not be started and proper notification will appear in Notification center. Remember, that all block and magic scenes based on time have always once instance running in loop, so if there is only single instance allowed, clicking "Run" button will have no effect.
- In case of exceeding 95% of RAM's "used space", no new scenes will be triggered until that value drops again

Known issues:
- Inconsistencies in Satel interface
- Plugins for TV Sets of various manufacturers may not work with its newer firmware due to restrictions provided by new devices firmware
- Data range selection in event panel doesn't work properly
- Devices imported via Gateway Connection may have no icons
- On mobile clients devices may be visible in different categories than configured
- Horstmann Thermostat HRT4-ZW higher battery usage in some cases
- Doorlocks some functions may not work properly

Important!
Due to changes that took place in Logitech API, Harmony plug-in must have been adjusted. Because of manufacturer's restrictions new Harmony plug-in no longer polls Logitech service for changes, meaning, that plug-in values will not be updated when activity state is changed with some other device. This way of operation will maintain until Logitech establishes new way of requesting such data.

Important!
This version introduces new Privacy Policy, which will help us to provide even better service and software for your use. Please refer to pre-update message for more details.

- Drag & Drop for devices and scenes - available on home, devices and rooms screens. Assigning devices to rooms and changing its order is now much easier and faster.
- Temperature Panel - allows to see history of temperature changes in rooms and on each device.
- Diagnostic Panel - general information about HC working condition like CPU & RAM usage, free space on hard drive. Will be extended in future versions.
- Soft Device Reconfiguration - option allows to save settings, parameters and device ID. Thanks to that scenes with reconfigurable device will not require editing. Full reconfiguration will remove and add the device to the Z-Wave network, resulting in the loss of its settings, parameters and change the device ID..
- Mesh Network Reconfiguration - available on Configuration -> Z-Wave Network
- New Z-Wave engine - redesigned and rewritten from the scratch. Now is faster and has better support for devices.
- Z-Wave Door Locks support - controlling and PIN settings.
- Thermostats - extended controlling for thermostats from manufacturers like: Honeywell, Trane Corporation.
- Extended tamper for sensors - exclusive information for motion detection and violation of sensors.
- Fibaro Smoke Sensor extended support - level of smoke and gap to alarm level is reported and visible on charts. Sensitivity level is now easier to set.
- Fibro Motion Sensor new device - when seismometer mode is turned on new device reporting tremors is available. Charts for temperature and illuminance. Additionally information about sensor violation.
- Device hiding - device that is not in use can be hide without removing it.
- Device deactivation - deactivated device is visible in UI but can't be controlled.
- Multithreading added for HC (server and z-wave) - now engines work much faster.
- Event panel moved - for better usability now is available in menu on right side of screen.
- Pre-Update Confirmation - installing update will prompt user additional confirmation.
- Added support for American English (EN-US)
- User rights management - moved to Configuration.
- Recovery Memory Health - can be checked on Backup & Recovery
- Backups has information about compatibility with current HC version
- Block scenes improvements - for device only available actions are visible, scene activation block added and logical conditions grouping using brackets.
- Lua Scenes - updated tool-tips for devices.
- Rest API Active Documentation - documentation and ability to test REST API requests, access at HOME_CENTER_IP/docs

* some TV Sets firmware version may not be supported

Other changes, many other improvements to the system 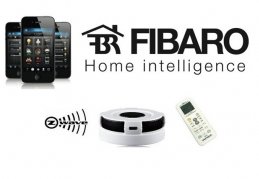 How to control your air conditioning wirelessly via Z-Wave? 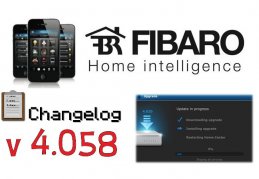 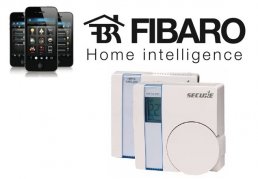 Configuration of SRT321 thermostat and the SSR 303 FIBARO relay

Configuration of the SRT321 thermostat and SSR 303 FIBARO relay 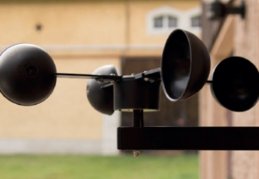 How to add the POPP Weater Station 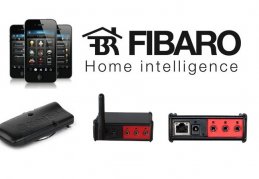 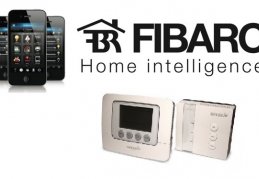 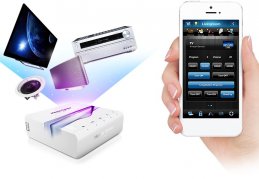 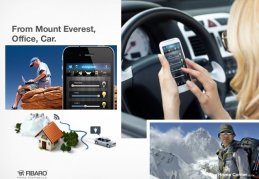