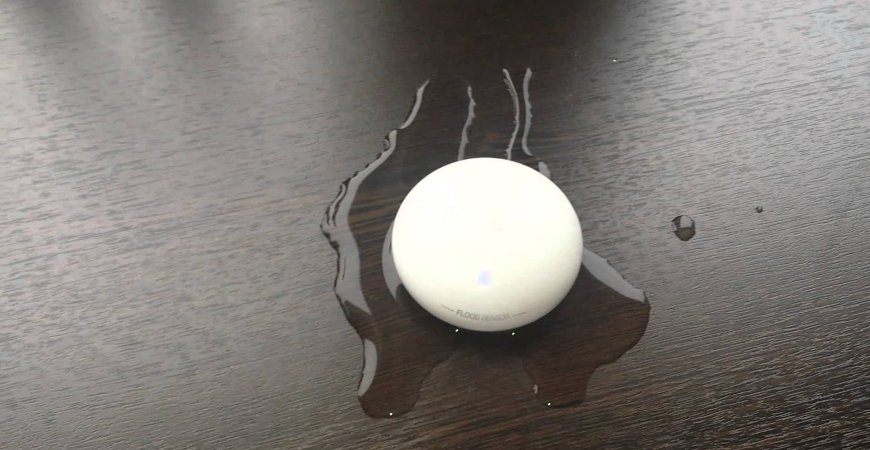 Where to place the Z-Wave sensor flood?

Near the washing machine is one of the most useful places to put a water/flood sensor. Why? Well, if you’re the typical American, you’re doing an average of anywhere between 5-8 loads of laundry per week. That means your warrior family-size washer puts out over 300 loads a year! With all that hard work, it’s very common for a washer to simply give way and finally breakdown. The average life of a laundry machine hose is 8.7 years, so if yours is an older one, you might want to consider putting it there. And, since you never know if a leak will be a few teaspoons worth- or a bucket-load, a water leak sensor can be the ultimate lifesaver from a potentially costly flood!

The toilet is one of the best inventions ever made, and it’s also the sneakiest of contraptions when it comes to leaks. Usually getting drippy whenever it pleases (generally at the most inconvenient times, like when you’re at work or sleeping), your leaky toilet can do more than cause wet slippery floors in the bathroom, or stop the water from flushing. Water damage around the toilet (at the base), for example, can ruin floors and poses a hazard for anyone walking around the area, particularly small children.

Aside from the washing machine, the dishwasher also tops the list of most used appliances in the home. A commonly overlooked place in the kitchen, the dishwasher comes in contact with a lot of water!! Consequently, it’s super easy for some of that water to want to make its way out, due to either wear and tear or a sudden malfunction. Take it a step further: once a leak is detected by the water leak sensor, you can automate the power to be cut off, so the dishwasher doesn’t try to run without water, which could cause more damage.

Placing the Z-Wave water sensor under the sink, especially if you have weaker pipes prone to bursting or cracking, is a super smart idea. Since it’s not in everyone’s budget to install new plumbing, a water leak sensor is a great alternative to keep you informed of a potential leak in the bathroom. To take it a step further, and to really amp up leak protection, connect your flood/leak sensor to a water shut-off valve so that, if water is detected, a signal will be sent to the central hub that will prompt the water valve to close immediately following water detection.

The typical boiler usually goes 12 years before breaking down and needing to be replaced. However, even a newer boiler can act funky occasionally, too. Placing the Z-Wave water sensor near this area is a safe bet if you want to avoid damage to such an imperative appliance. Our  flood sensor, for instance, features a temperature sensor that can be used supplementary to the leak function of the sensor to alert you when temperatures change, which can indicate the water heater has stopped working. Pretty important if you want to take a hot shower on a cold winter day!