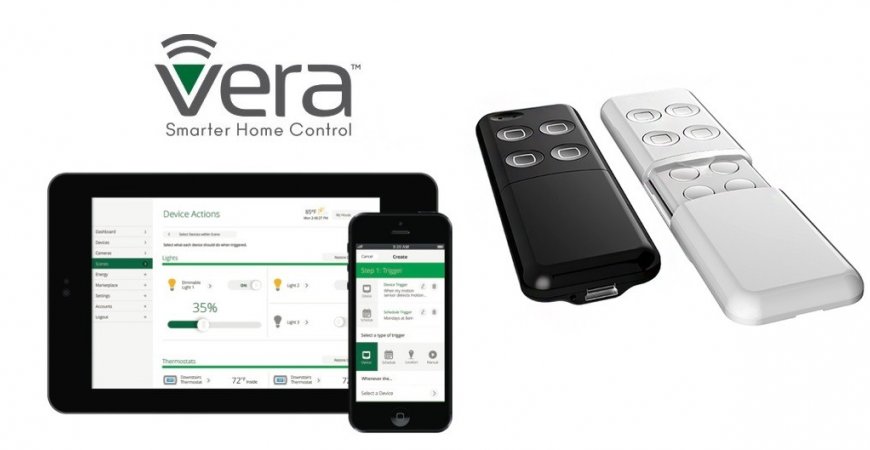 Vera Edge - How to work with scenes and the Minimote controller

Controlling the scenes in the VERA UI7 interface using Minimote

First add the Minimote controller into the interface. So follow the next steps:

Using the Minimote device to control the scenes

How to create a scene using the Minimote controller

You can see the usage of the Minimote controller in the following simple scene.

First you have to select the device that should start the scene, in this case you have to push the first Minimote button. Follow the figures.

Which Scene number, in this case 1, means a short click on the upper left button.

Meaning of the other buttons:

In the second step you must select those devices that you want to control. Click on Select Devices -> to select the devices -> select the action the device must carry out.

In the third step you can set the mode in which the scene is running, the notifications, you can assign a room, name a scene... 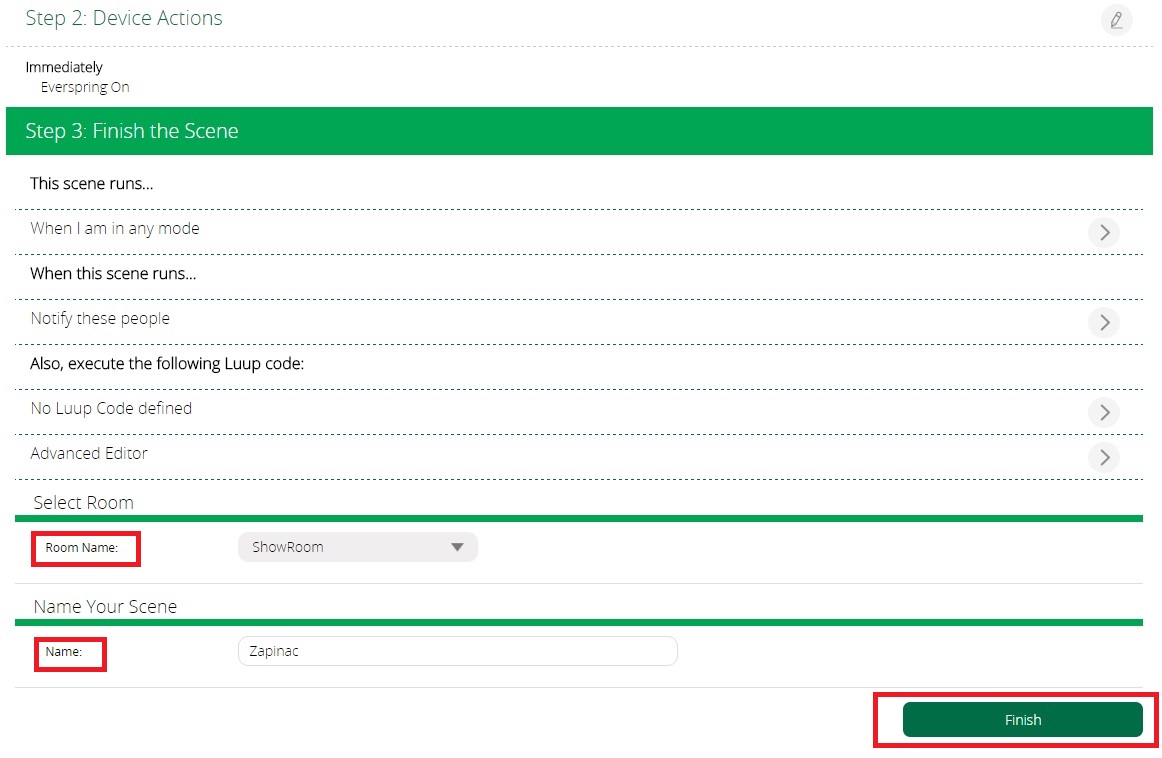 Your scene is completed.

If your scenes have already been created open the settings of the Minimote device on the front page.

Below in the options select the item Select scenes for device buttons.

Assign a scene to the selected button. 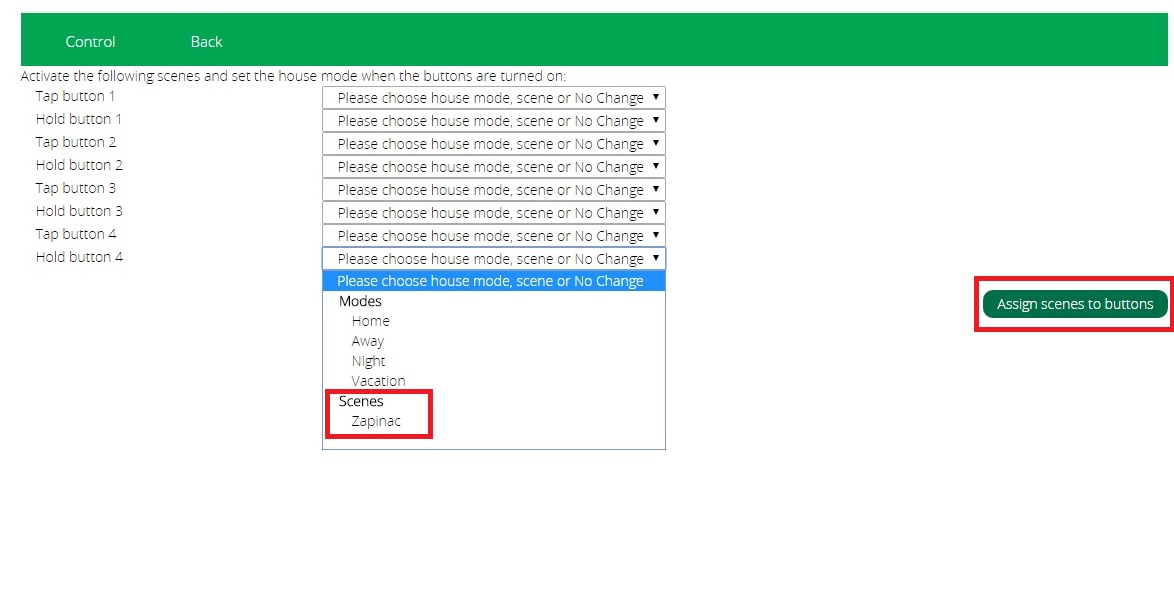