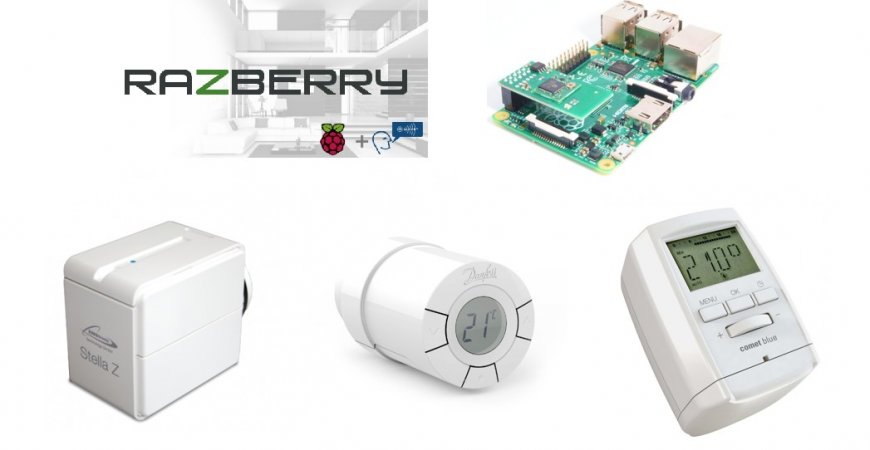 During testing we used the following devices from our offer: 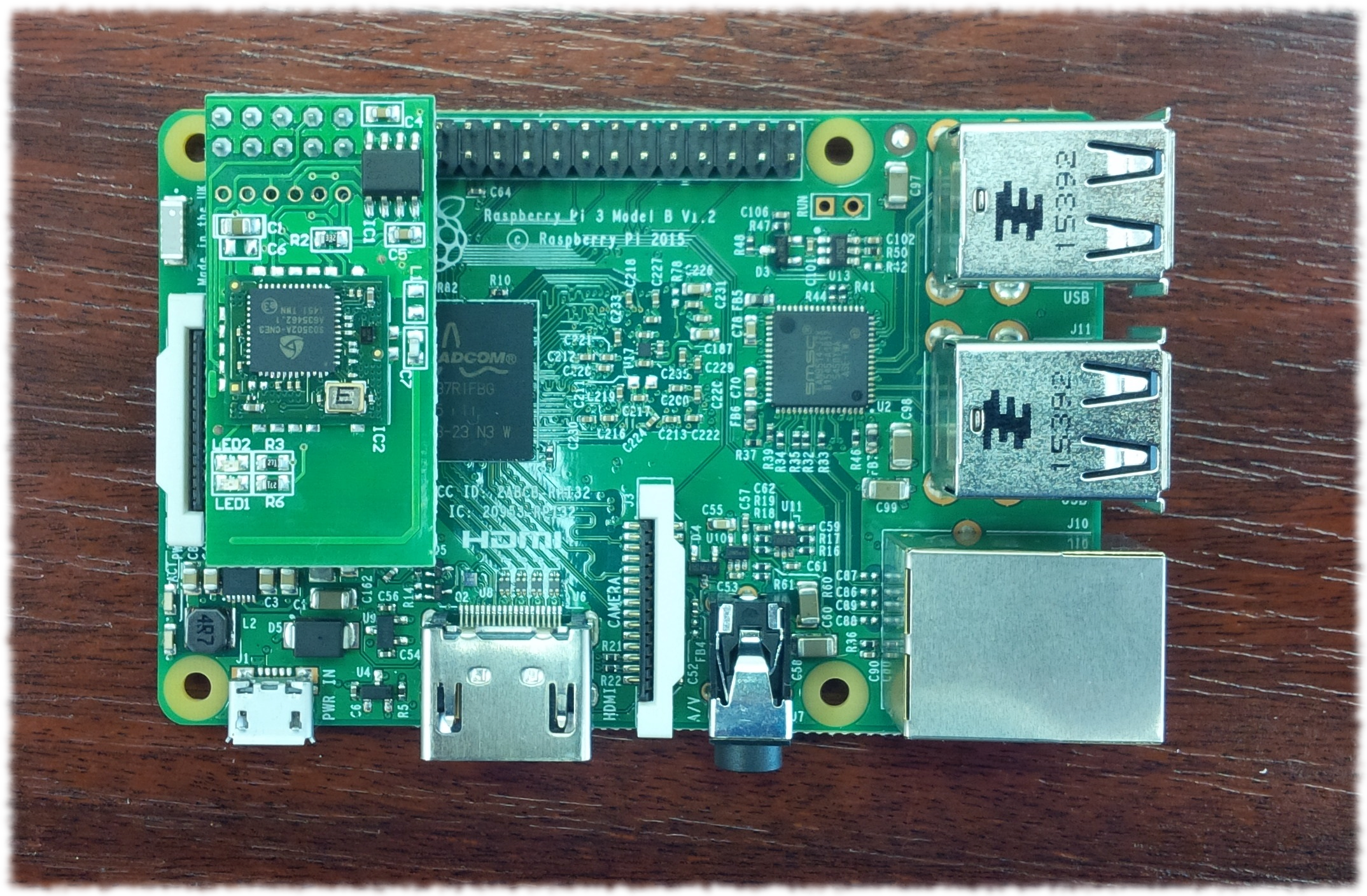 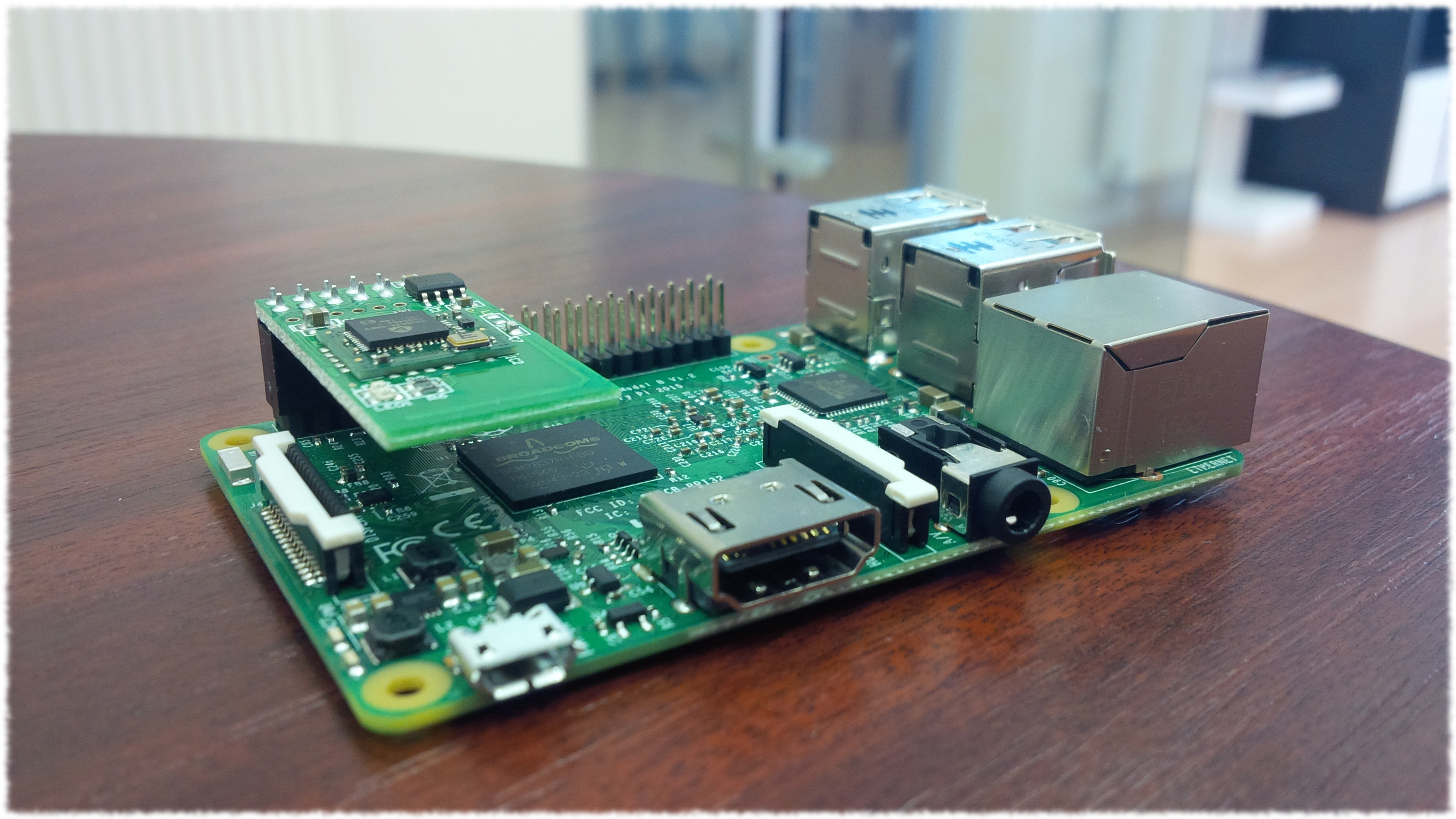 Setting the Learning mode in the RaZBerry controller:

After logging into the web interface of the RaZBerry controller click the "wheel icon", in the drop-down menu click the Devices option.

Then to be able to add the device click Add new -> Autodetection of a new Z-Wave device -> Start adding. Now it is necessary to push the button for adding on the device you want to add (in the instructions it is described as Inclusion Button/Service button/Program button). Finally, after the successful pairing you can name the added devices and place them into a room. And do not forget to Save your settings.

First we tested a head from the Danfoss company that offers an elegant design - besides the Z-Wave head they also offer a classic version that looks like the Z-Wave version but it is not possible to control it wirelessly.

Before the process of adding devices into the control unit it is necessary to check if the head is in the factory settings; you can find this out if you insert 2 pieces of AA batteries and see if the display shows the following mark (see below). Now you can install the head on the radiator valve. 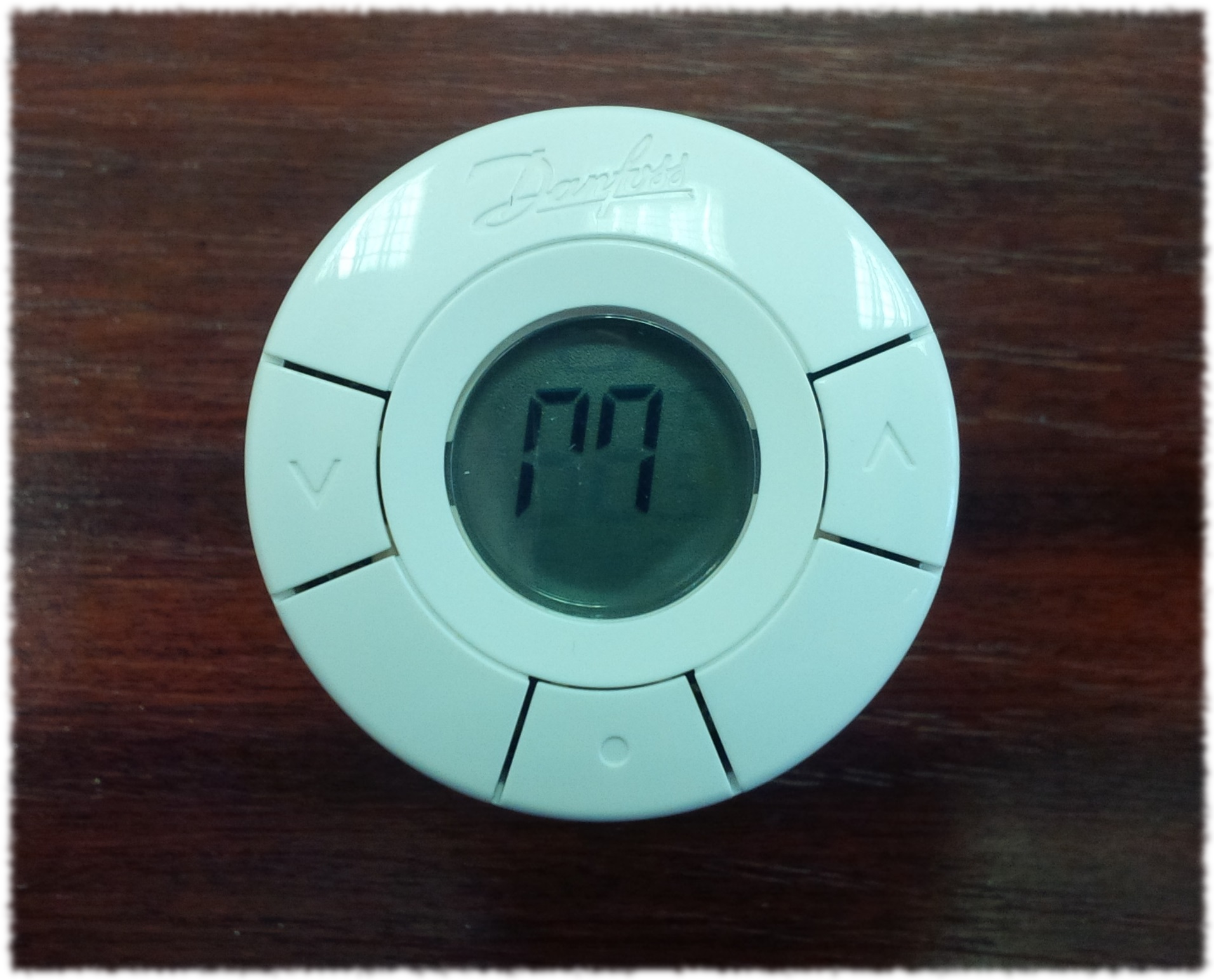 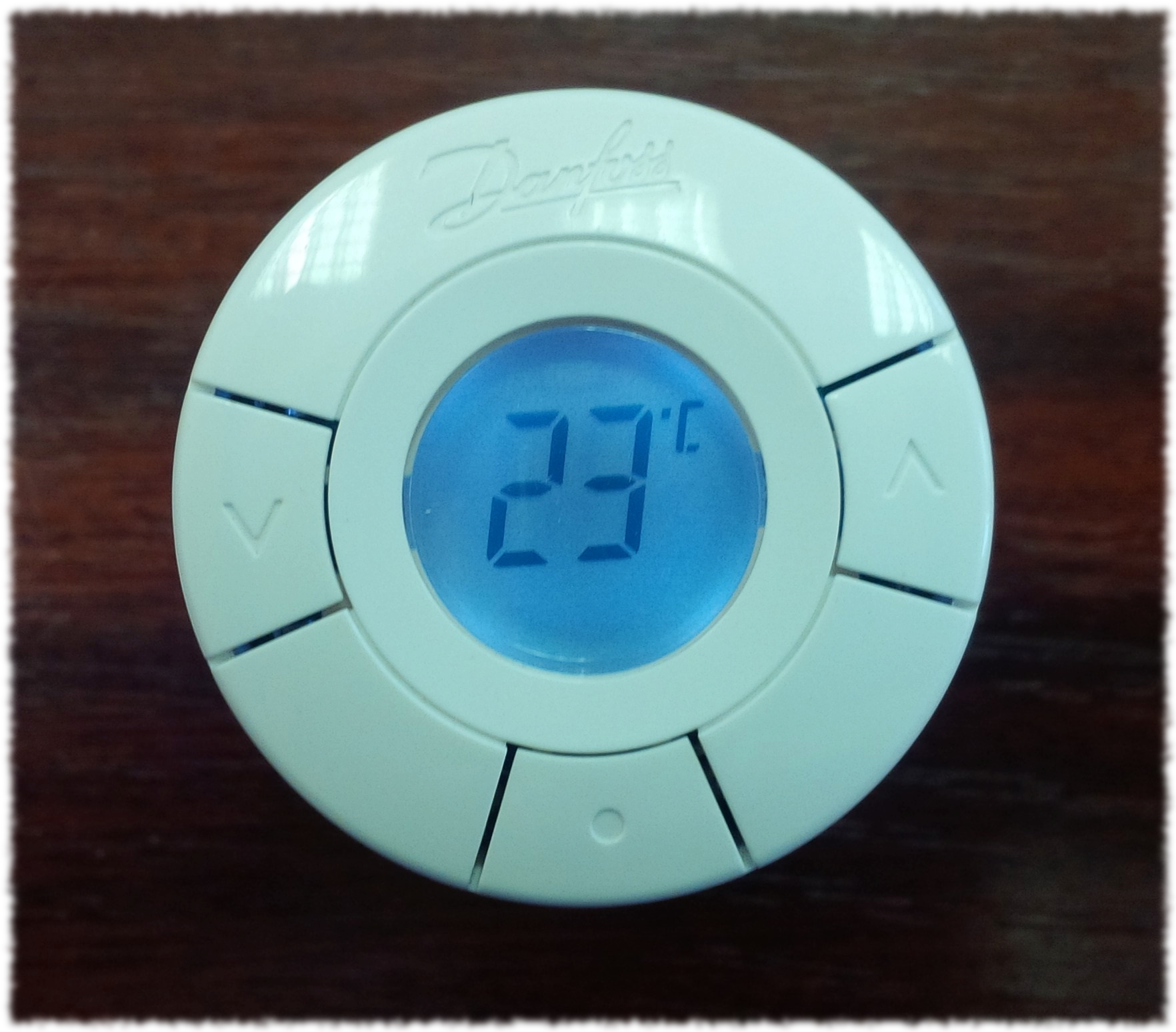 In the RaZBerry control unit it is necessary to set the so-called Learning mode = mode for adding/removing devices. Set it according to the instructions above. During adding it is necessary to push the button with "a dot". After the successful pairing the display of the thermostatic head shows the degrees of Celsius that indicate the temperature set on the radiator.

The DANFOSS LIVING CONNECT THERMOSTAT is fully compatible with the RaZBerry controller.

Note: The Danfoss thermostatic head does not have a temperature sensor to report the ambient temperature.

The next tested thermostatic head was a head from the EUROtronic Technology GmbH company which, besides the display and the wheel for manual temperature control, offers also an integrated sensor to report the ambient temperature. This thermostatic head offers several interesting features such as the detection of open windows or frost protection. 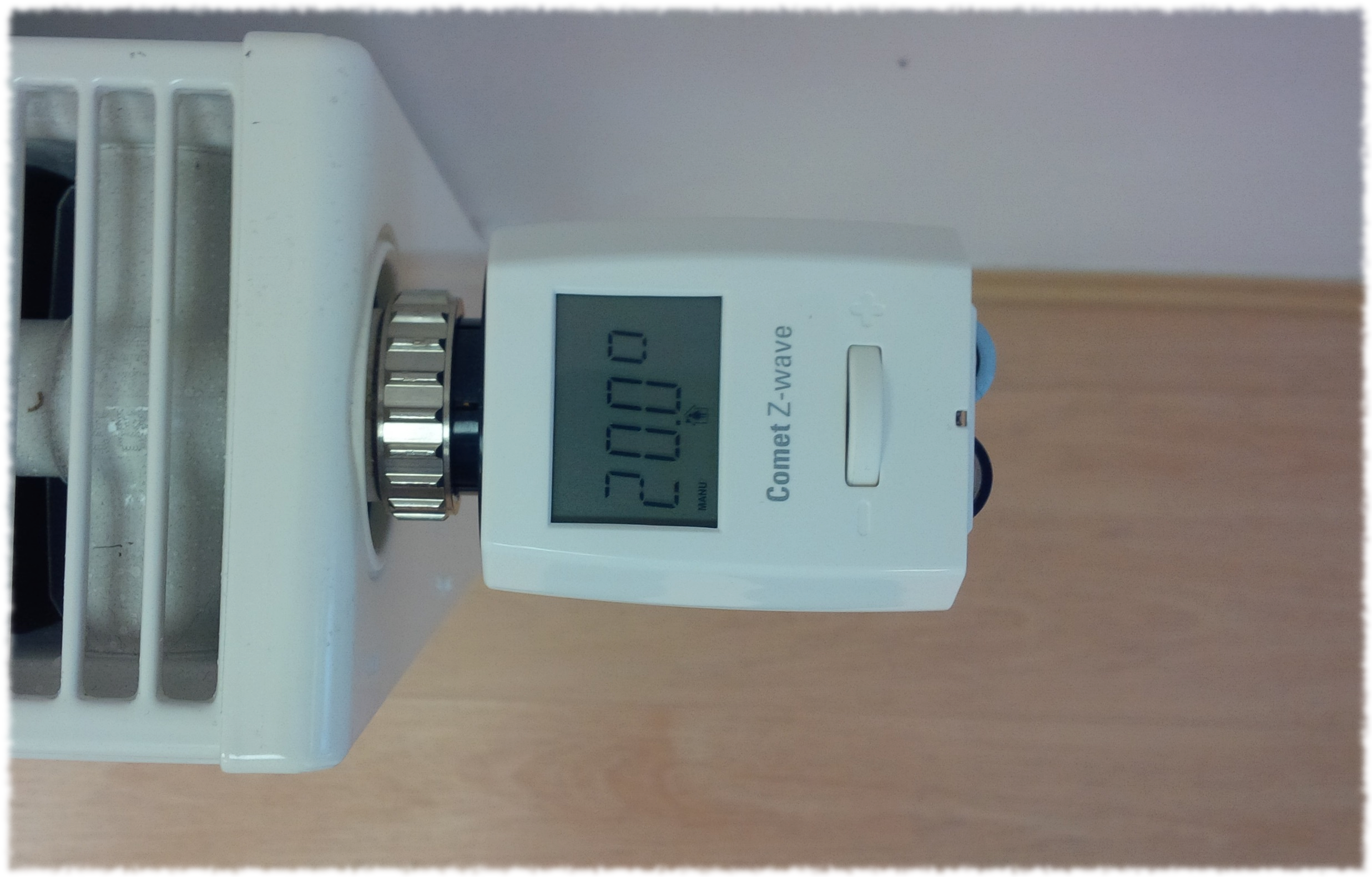 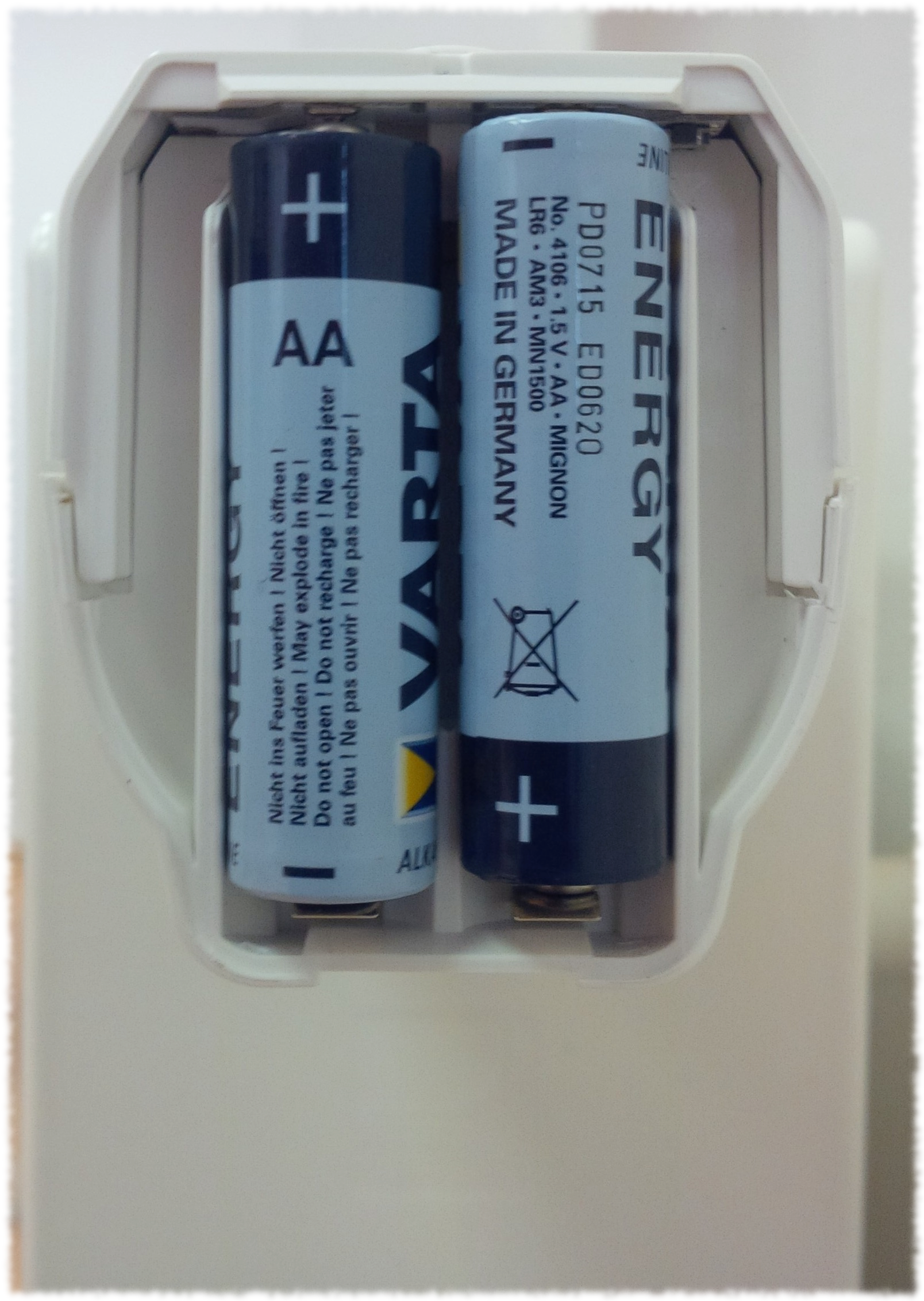 During adding and removing devices to/from the Z-Wave network it is important to follow the precise procedure of the manufacturer, namely:

So we recommend to remove the device first (exlusion):

The EUROTRONIC COMET THERMOSTATIC HEAD is compatible with the RaZBerry controller but the reporting of the ambient temperature does not function.

The last tested thermostatic head from our offer was the head from the EUROtronic Technology GmbH company that has a unique design and does not have a display, it has only a LED indicator. The temperature values are available through the controller interface. 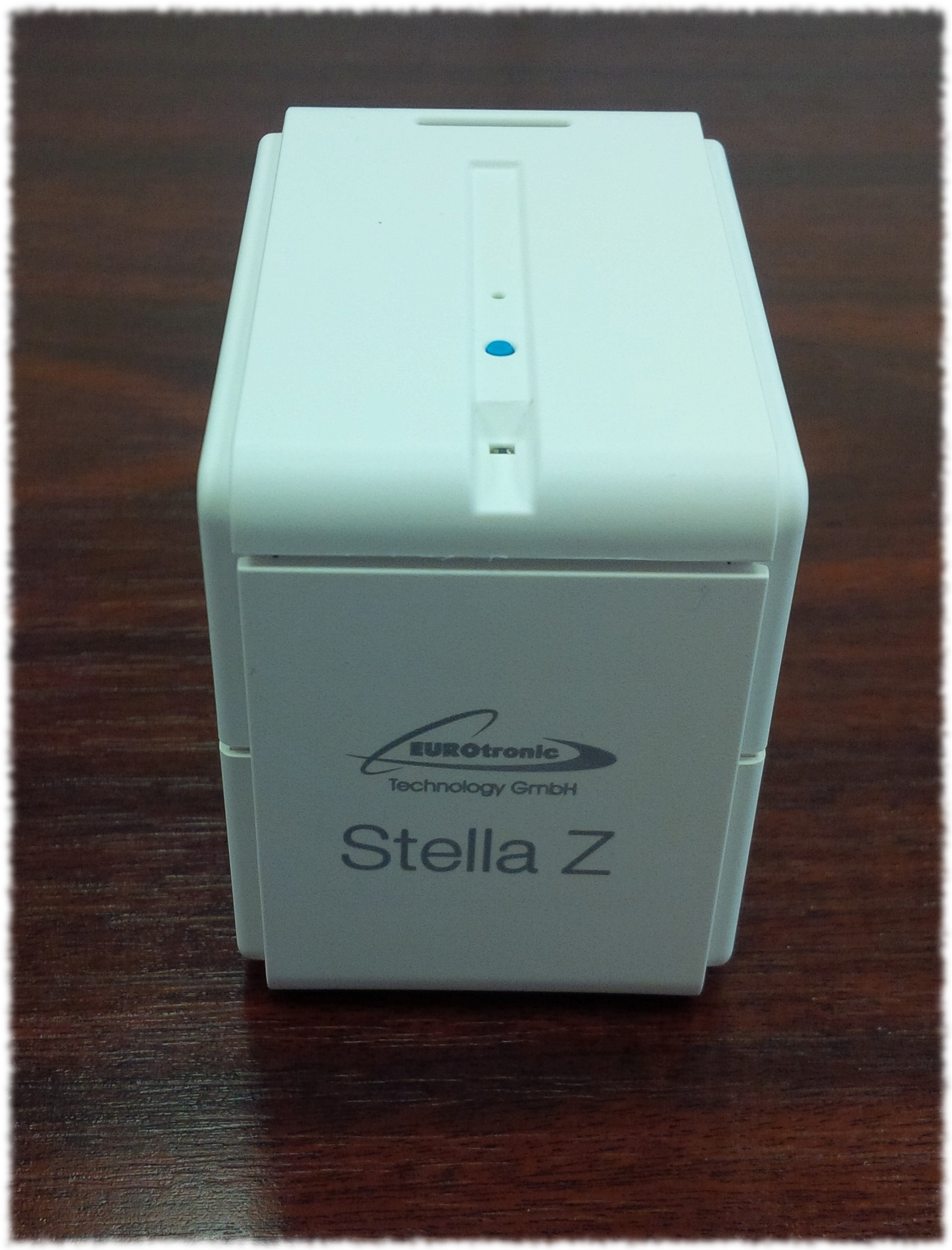 During adding and removing devices to/from the Z-Wave network it is important to follow the precise procedure of the manufacturer, namely:

The STELLAZ THERMOSTATIC HEAD is compatible with the RaZBerry controller but the reporting of the ambient temperature does not function because a general template is used for the thermostatic head.

Overview of all thermostatic heads in the RaZBerry interface 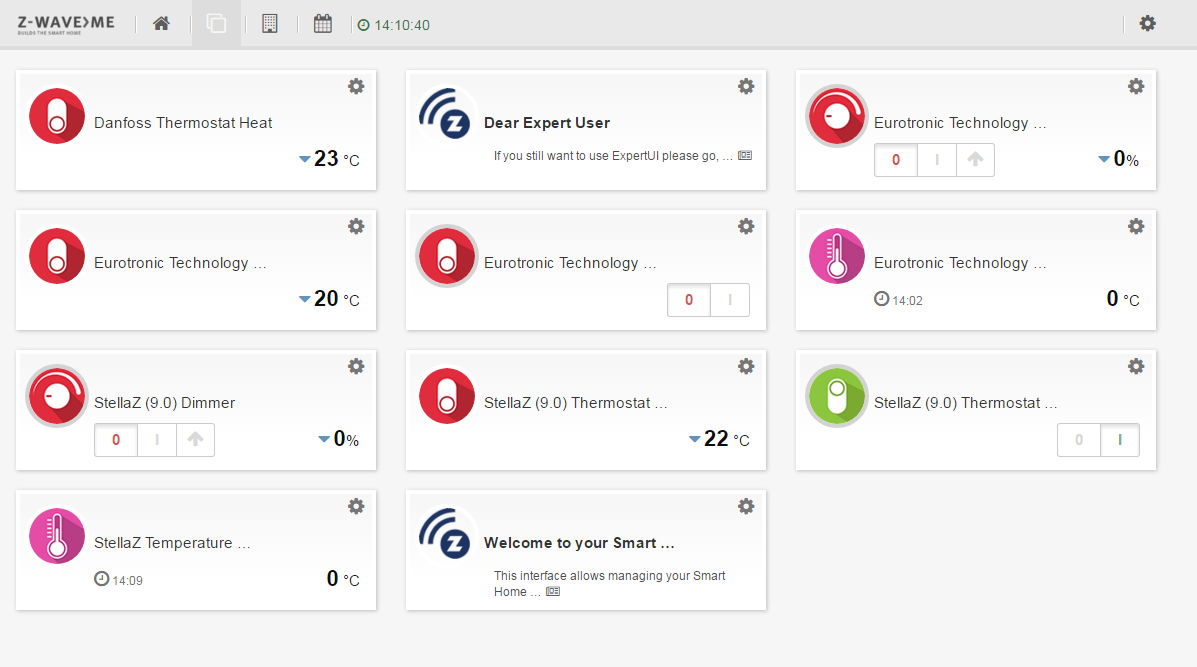