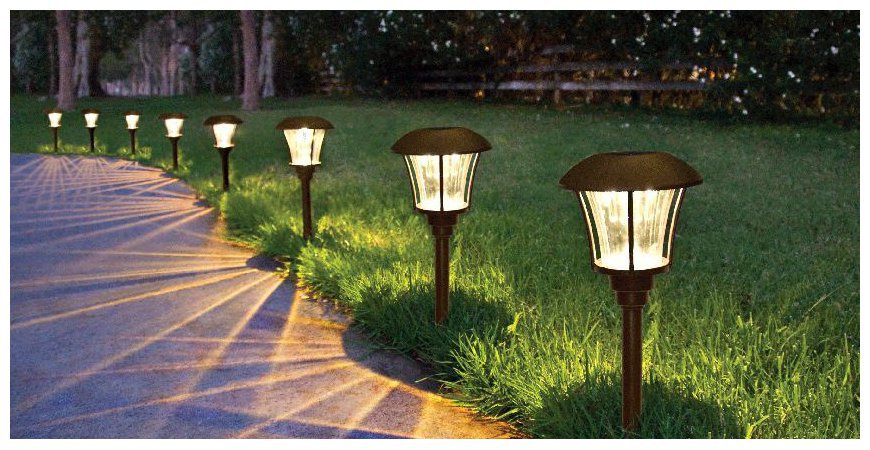 Requirements on the manual

Cases suitable for the use with this manual

This manual is used to turn on the lights connected to the Z-Wave module relay on the basis of movement detection using an external motion sensor, but only when the brightness is lower, simply said - when it is dusky/dark.

As there are no Z-Wave motion sensors on the market at the present time that would include a LUX meter or a light meter, this manual serves as an alternative solution that takes into account the sunset and sunrise.

The scene will be triggered when motion is detected by the motion sensor and at the same time it is based on the setting of the variable DARK. Subsequently, the lights turn on for a certain period of time.

There may be two situations:

How will the variable DARK be set??

What do you have to do?

1. To properly set the location (place ) of the Fibaro control unit.

Based on this, the Fibaro control unit will download the information on the sunset and sunrise from the Internet. 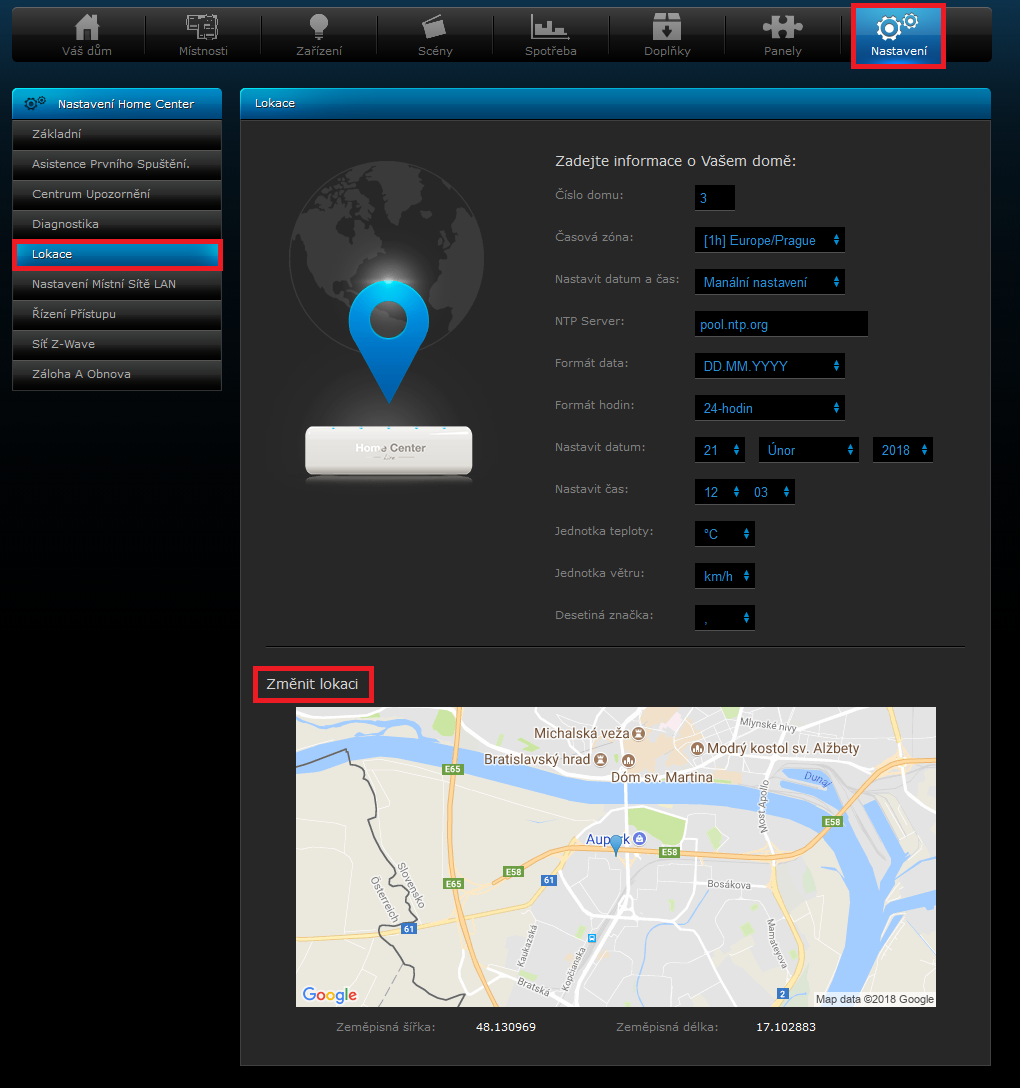 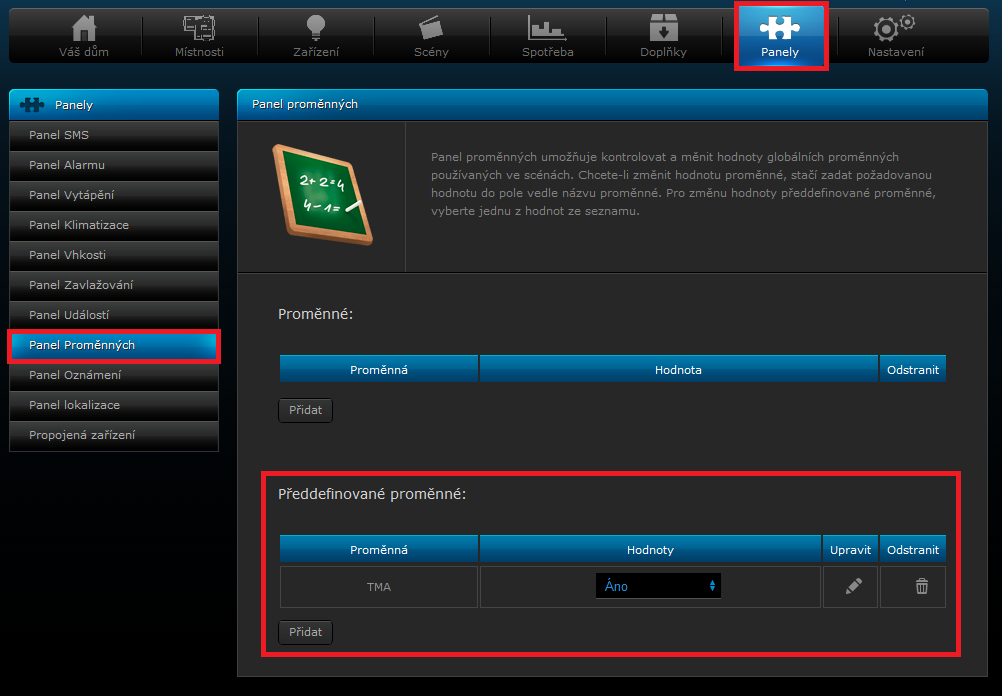 3. Create two block scenes that will set the state of the variable DARK. Examples of scenes are shown in the figures below.

The scenes are triggered in the following way: 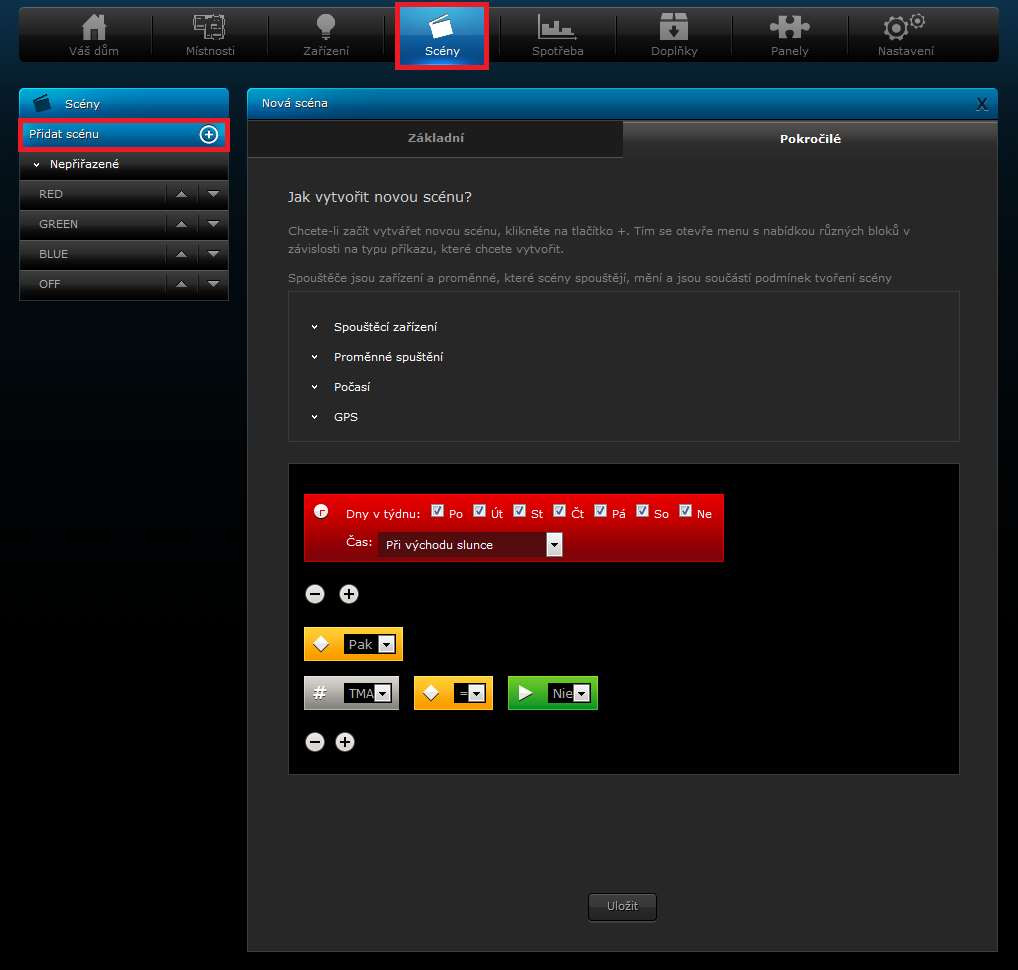 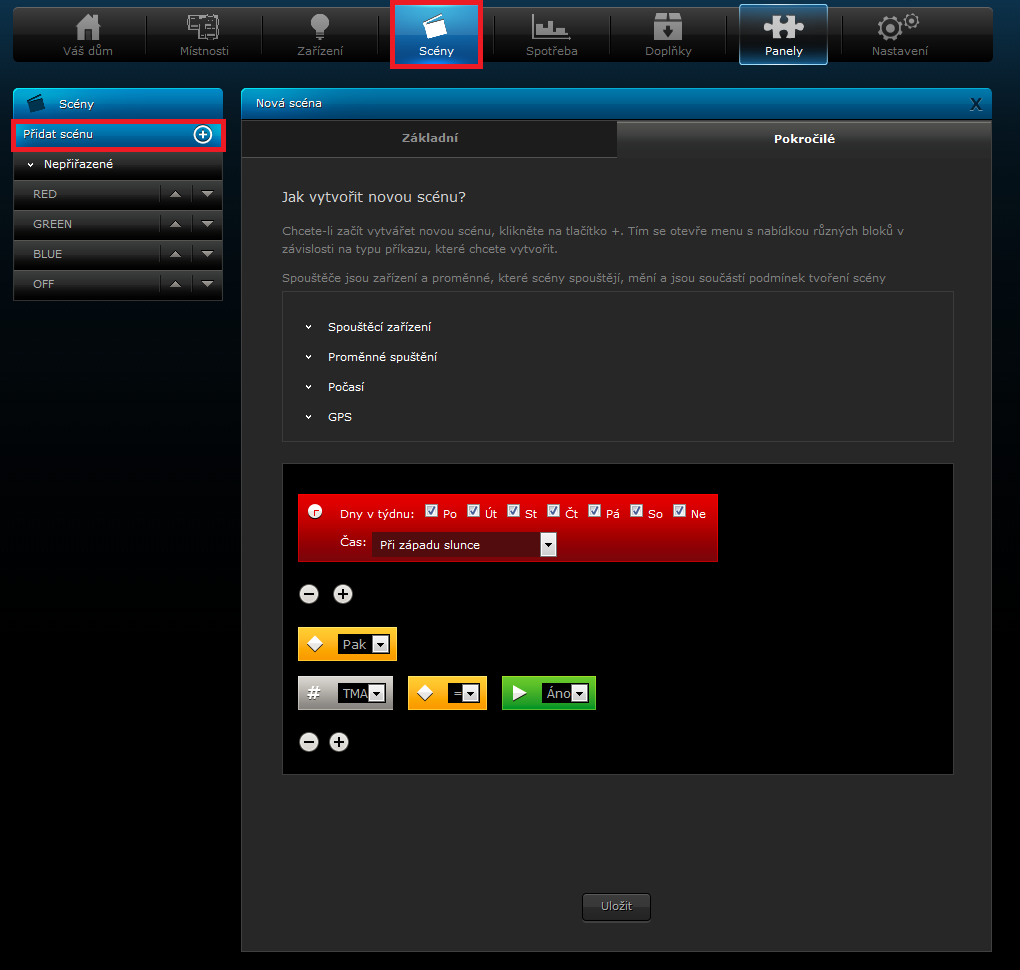 Note: It is important that both scenes are set to automatic triggering. 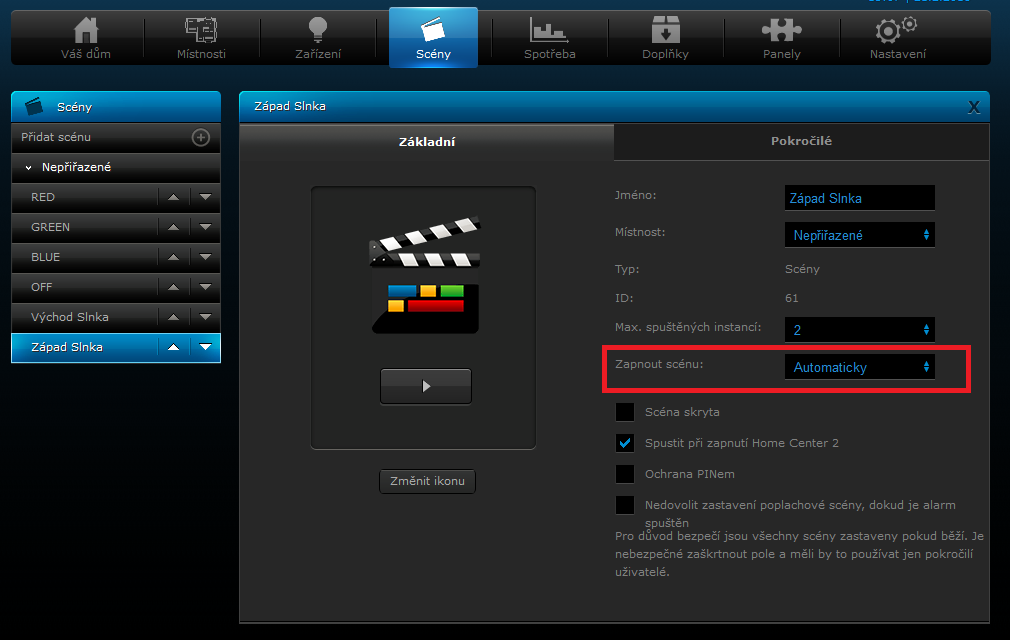 4. Finally, create the final scene that will contain 2 conditions.

The first condition is whether it is already dark outside and therefore the scene checks whether the variable DARK is set to the value Yes. The second condition is to capture the motion using the motion sensor. The next action will define which light is to be turned on by the module relay and when to turn it off again. 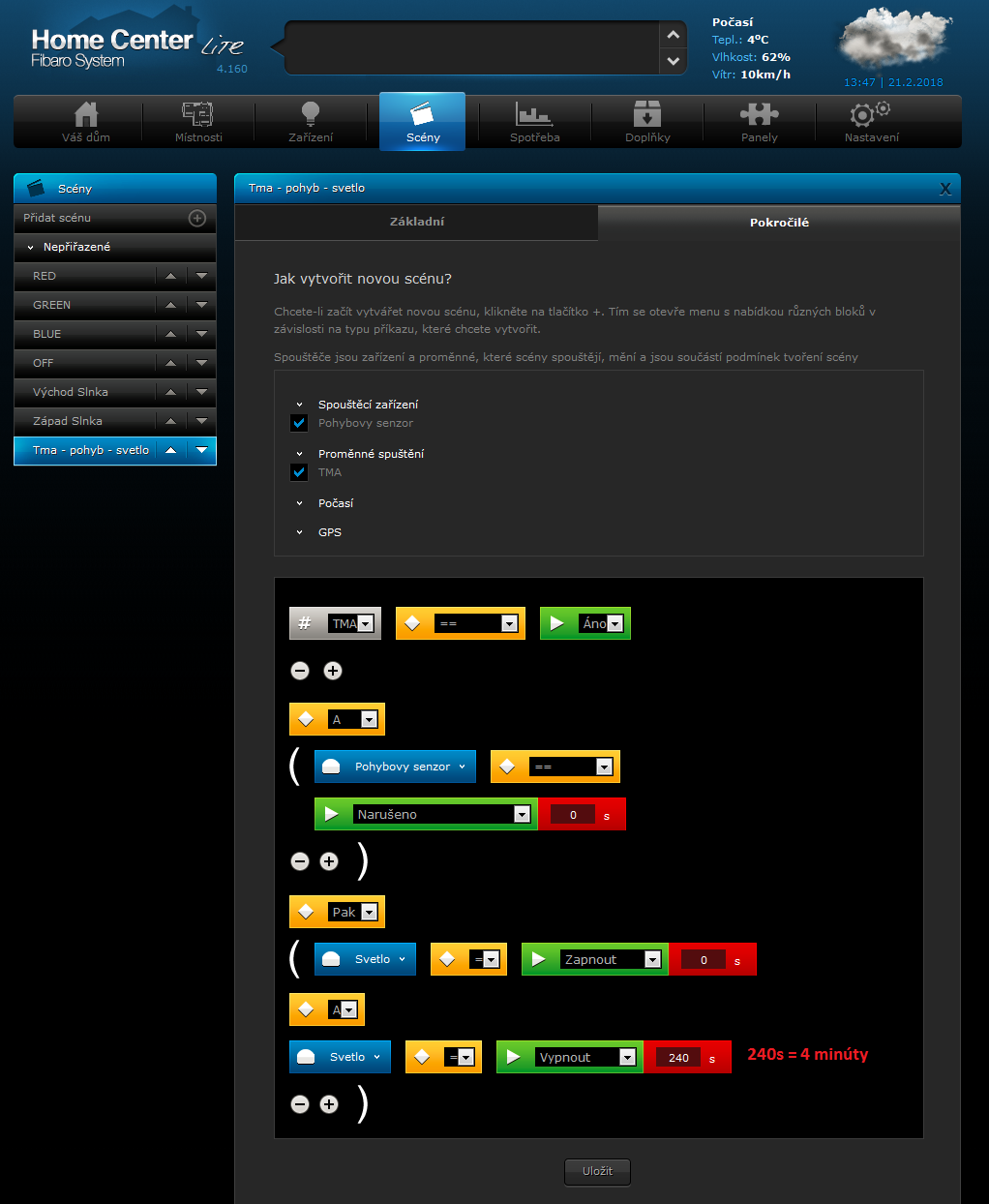 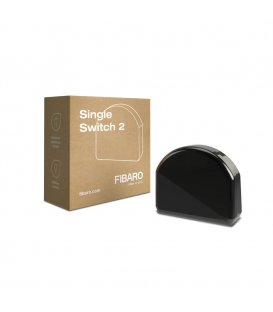 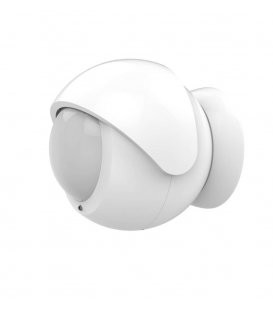