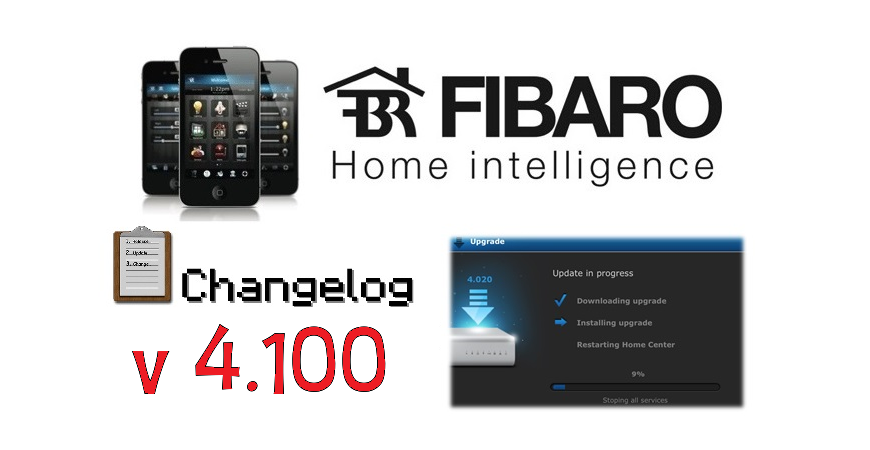 Updating from version 3.600 may take up to 30 minutes, please do not restart controller during update process.

- Charts in Consumption Panel are not aligned.

- GPS scenes are not converted to Lua properly.

- Lack of translations in Diagnostic Panel.

- Magic Scene triggered by battery level is not working.

- fibaro:calculateDistance() not working in Virtual Devices.

- fibaro:countScenes() not working in Virtual Devices.

- Slave Controller, in Gateway Connection feature, can not be deleted from Master if there is no connection.

- Some special characters in Magic Scene name may preclude them from saving.

- Alarm Panel is blank if no devices are added.

- Lack of parameters templates for languages different than English and Polish.

- Device can not be disarmed from scene.

- Multiple RGBW devices can be grouped and controlled as one (both with interface and physical switches). Integration is possible in Advanced Configuration of one of RGBW Controllers.

- Rooms without devices assigned are displayed in Home, Scenes and Devices tab.

- RGBW color can now be set in Magic Scenes.

- Power management notifications are now visible in Notification Center, for devices that are capable of sending them. e.g. Fibaro Dimmer 2, Fibaro Switch 2.

- Z-Wave chip malfunction notification is displayed in Notification Center in case of such event.