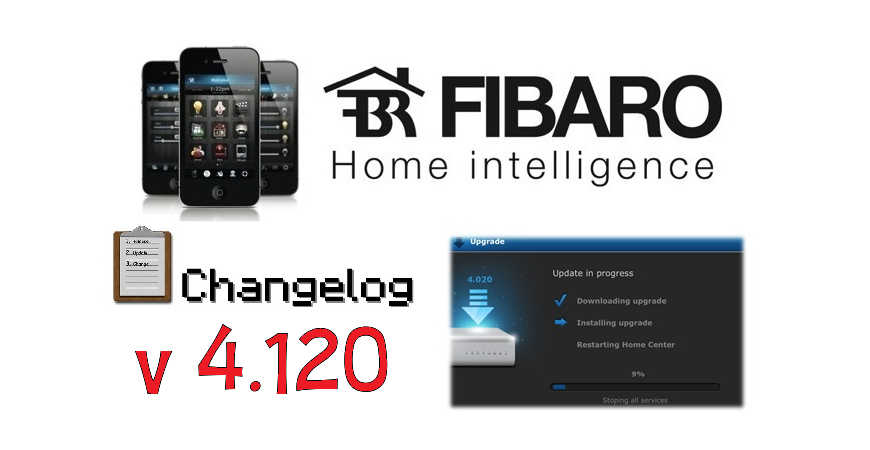 - Firmware Update section is hidden from the devices configuration.

- Incorrect redirect after an update.

- It is not possible to create scene with weather or weather plugins as a condition.

- Information about the status change of some devices (e.g. Wall Plug) are not displayed in the event panel.

- Devices with unticked "Show measurement of energy consumption" option are counted in the global power measurement.

- Sending an unsupported action to a device can cause a crash of the Z-Wave service.

- Heating and cooling panels don't work with FGWP102 as an actor.

- Lack of wind unit in API.

- Scale for power consumption is not displayed for RGBW.

- Weather can't be used as a condition in block scenes.

- Unification of time display in the web interface.

- Verification of available space in the system - available space is checked before the software update. In case of insufficient space update will not start. The view of system update is now similar to configuration Wizard.

- Remote support on demand - feature is default off, in LAN settings tab you can grant possibility to enable remote connection for Fibaro Support.